For a complete and detailed discography listing all recordings by Del,
click Discography Details

Can't find Del's music in your local store? Here are all of his recordings!
Order your CD's today! 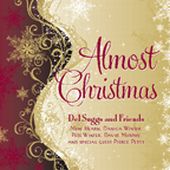 Here is the Christmas record I've always wanted to make! This is a tremendous CD, featuring Danica Winter and Mimi Hearn on vocals, Pete Winter on bass, David Murphy on bass and keybords, Jerry Thigpen on electric guitar, Michael Sautter on harmonica, Tom Corbett on drums, and Mickey Abraham on mandolin. Pierce Pettis even stopped by to play guitar on "Cadillac of a Woman," written by my friend Bill Wharton. If you've ever attended our annual "Almost Christmas" Concerts, you'll recognize these tunes. These are cool arrangements of traditional songs-- a reggae version of "Deck The Halls," a Hawaiian samba take on "We Wish You A Merry Christmas," a Dire Straits-inspired reworking on "We Three Kings," and a song you haven't heard from me before-- "Love Came Down at Christmas."

Danica Winter performs her delightful original "Santa Bring Me Love," along with her versions of "Sans Day Carol" and "O, Come All Ye Faithful." Mimi Hearn joins in to sing "Light of the Stable" and "Beautiful Star of Bethlehem." And there are lots of harmony on all the tunes, with amazing instrumentation.

This CD will become a family favorite, one of those records you pull out every year that puts you in the Christmas Spirit.

It was recorded by Pete Winter and David Murphy at Winterstone Productions. "This album of Caribbean flavored folk/pop is very good stuff," wrote The Hornpipe. "Suggs quickly paddles out of the mainstream into some interesting tributaries which major artists never discover. A good album to unwind with." This album scored major airplay in such diverse markets as Boston and Salt Lake City, and sold around the world. Song include "Wooden Boat," "Ricks," "You Only Go Around Once," "Hold On To Summer" and more. Compact disc release has bonus tracks from Saltwater Music "A Hurricane's Coming," "The Stowaway," "Back On The Water" and "Refrigerated Air." Floating On The Surface

"Due to it's fresh lyrics, professional musicianship and sheer exuberance, it rises to the surface of the mass of recordingsreleased every year," said the international music magazine DirtyLinen. "A delicious album, full of great energy and excellentartistry," said the (European) magazine Late For The Sky, and "worth the trouble it takes to get it in Italy." Nominated for theinitial ballot for Contemporary Folk Album of the Year for the 1994 Grammy Awards, it was also a finalist for "Album of the Year" on the Acoustic Woods syndicated radio show's Listener's Awards. It was featured on Latvia's Radio Riga, Belgium's Radio ATL, and in the Czech Republic. Songs include "Boundless," "Broken Places," "Magic Chair," "Shenandoah," "A Whiter Shade of Pale" and more. 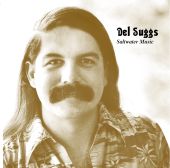 Just digitally remastered by Pete Winter, this is the album that established Del as a recording artist. Originally released by Key Porpoise Records, this recording has been unavailable since 2000. If you remember places like "Radcliffe's," "The Alley," and "Rick's Oyster Bar," then you have to have this CD! The recording "holds its own with some of the better work Buffett, James Taylor, and Paul Simon have put out in the folk genre," wrote the Tallahassee Democrat. "Del's style is unique, borrowingfrom nobody you can put a finger on. Quality is Del Suggs, the living definition of 'laid back' without it becoming a horrid cliche" wrote the Florida Flambeau. Songs include "The Stowaway," "A Hurricane's Coming," "Refrigerated Air," "The Dutchman" and more. Music From The Rascal Yard For a complete and detailed discography listing all recordings by Del,
click Discography Details
Email Del at:
suggs@SaltwaterMusic.com
© 2016 by Saltwater Music
Internet services provided by Vashti